Ipsen invests in the wider global community focusing our efforts on patient associations and charitable work. Our commitment reflects our corporate social responsibility policy and we believe that our employees are our leading ambassadors. 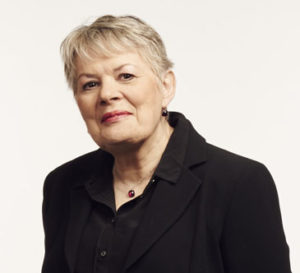 Promoting the needs and rights of patients, employees and society at large is really important, and it is exactly the objective and essence of our Corporate Social Responsibility strategy: A human journey of shared commitments. Our vision is to harness the power of our employees to have a responsible and sustainable impact on patients, society and the environment.

Examples of our Corporate Citizenship include:

In China, the TUEAF (Tianjin United Education Assistance Foundation) is a non-governmental organization established in July 2005 to raise funds to help educate disadvantaged students from single-mother families on orphans. Donations to this NGO in 2014 provided funding to support training of more than 500 teachers from ten schools across China.

Ipsen introduced a personalized training support program for patients (APPRI) using our recombinant growth hormone NutropinAq® and the NutropinAq® injection.  The program increased their autonomy at home during treatment, as well as their compliance with the treatment regimen.

Ipsen personnel in France have also joined forces to help patients suffering from disabling diseases associated with neuroendocrine tumors. As well as their participation in the “Course des Héros”, they raised funds to support the patient group APTED.

Since 2009, Ipsen has been engaged in a proactive approach to enable individuals with disabilities to find employment in the company. In France, Ipsen, concluded a partnership with HandiEM, an organization founded by the Leem (French pharmaceutical trade association) to implement a pharmaceutical industry-wide agreement for the disabled. Ipsen is a founding member of the first Clubhouse France, an association that supports people suffering from mental illness.

For several years, Ipsen has been a member of the Tulipe non-profit organization. Founded in 1982 in France, Tulipe pools medicines donated by pharmaceutical companies to meet urgent needs among populations affected by crisis, natural disasters and conflicts.

In Germany, Ipsen has made a donation to Dachverband Clowns in Medizin und Pflege Deutschland e.V., an association of clowns that work with children in hospitals and with the elderly in their homes.

In Italy, Ipsen has supported the work of Osservatorio Nazionale sulla Salute della Donna which conducts research and campaigns in the field of women’s health. The association has published a booklet for patients to answer their questions on breast cancer and infertility.

Every year since 2007, Ipsen Spain has organized the Brigadas Urológicas in Nicaragua, Guatemala and Honduras. Spanish urologists are provided to manage critical cases and train local urologists. Ipsen also contributes by supplying surgical equipment used during the procedures. More than 1300 surgeries have been performed since the launch of the project.

In Russia, Ipsen participates in a number of charitable initiatives, notably the international Children’s Day, where our Russian staff arrange events for disabled children. The teams invite well-known actors or clowns who entertain the children. Furthermore, some employees meet voluntarily to clean, repair and improve the pediatric area of a local hospital, in a gesture of collective social responsibility.

In Spain, in partnership with Sant Pau hospital in Barcelona, Ipsen is taking part in a tele-medicine project to improve the lives of patients. This program allows patients suffering from spasticity of the lower limbs to enhance their quality of life through a daily in-home exercise regime while maintaining contact with their doctor. The patient then goes to hospital only when an injection is required.

In the United Kingdom, Ipsen supports the NET Patient Foundation to produce the “Your guide to neuroendocrine tumors” video to explain the role of endocrine cells, the illness, its symptoms and treatment options.

In 2016, the European Neuroendocrine Tumour Society (ENETS) published a set of new and updated consensus guidelines on the management of patients with NETs. To help National Health Service NET specialist centers audit their practices against these new guidelines, a program was set up to offer Medical Education Goods and Services (MEGS) funding to perform this type of clinical review and enhance patient care by following evidence-based recommendations. Four MEGS awards were given in 2016

In the United States, Ipsen supports a range of patient support and advocacy organizations. Funding and employee support has been provided for activities such as Global NET Awareness Day, as well as supporting fundraising and disease awareness campaigns across the country. The Ipsen US Oncology Educational Grants Committee approved funding to support the Los Angeles Carcinoid Neuroendocrine Tumor Society’s (LACNETS) 2016 Monthly Patient Education Seminars and 2016 Annual Patient & Caregiver Educational Conference.

The Ipsen Fondation was created in 1983 under the aegis of Fondation de France to highlight and share scientific knowledge that is emerging from key areas of research in life science and biomedicine.  As science becomes more complex, we strive to build new connections between top experts, mentor junior scientists and engage citizens around the world.  In particular, we passionately promote scientific progress irrespective of gender, race and country of origin.

The 22nd Longevity Prize was awarded to Andrzej Bartke (Southern Illinois University School of Medicine, United States) for his pioneering analysis of the molecular and hormonal mechanisms that can extend mammalian longevity in mice.

In collaboration with the American Association for the Advancement of Science, we launched the Bridging Biomedical Worlds conference series in 2014 to boost cooperation among researchers, clinicians and industry scientists.  The fourth edition took place in February 2018 in Singapore and explored ‘Genome Editing, the Next Frontier’ and the program covered revolutionary genome editing tools in various scientific fields, especially with respect to innovative therapies for cancer.

In a second event, developed in collaboration with the Karolinksa Institute, we examined how entrepreneurs can better serve patients through scientific innovation.  This event in March 2018 was open to the public and engaged politicians, leading scientists and the business community.

Our bold and entrepreneurial spirit combined with the highest ethical standards constitutes the heart of our organisation. This is the foundation of our approach to listen, partner and work with all of our stakeholders.

Promoting the needs and rights of patients, employees and society at large is vital to us at Ipsen and it is exactly the objective and essence of our Corporate Social Responsibility Strategy.   Our vision is to harness the power of our employees to have a responsible and sustainable impact on patients, society and the environment.  We need to act with integrity, meaning that we must build relationships based on trust.

Transparency is also vital to building trust with patients, policy-makers, healthcare professionals (HCPs), healthcare organizations (HCOs) and citizens.  We are committed to meeting the growing and legitimate expectations of healthcare companies in society. This is why we seek to enhance understanding about the way our sector operates.

We conform to the highest ethical standards, in compliance with the ruling laws, regulations and industry codes.  As such, we disclose information concerning:

We are committed to fostering a culture of continuous improvement to maintain the highest environment, health and safety (EHS) standards and to stand out as a world-class partner and employer of choice. We strive to integrate EHS excellence into our culture as we enable employees to deliver innovative products for patients worldwide. This starts with our S3 policy that helps us empower employees to ‘Step Up, Speak Out and Stay Safe’. Applying an organized, methodical approach, we are able to promote awareness and dialogue at every level.

We use cookies to offer you a better experience on our site and analyze its audience. By continuing browsing, you accept the use OK More information

YOU ARE ON THE SITE OF IPSEN GROUP

The corporate website of the Group is governed by the Code of Good Practices of the International Federation of Pharmaceutical Manufacturers Associations.

Certain information provided on the site may not be strictly applicable to your country of residence.